Making up the ‘heel of Italy’, Puglia slumbers under warm southern skies. A hidden region almost unknown to tourists, it sits on a flat, fertile plain and is punctuated by scores of silvery olive trees, rows of verdant vineyards, whitewashed trulli houses topped with cone-shaped roofs, and intimate sandy coves.

As a strategic coastal province, over the centuries Puglia has been invaded, conquered and colonised by practically every major power of the day from the Greeks and Saracens to the Normans and Spanish. Each successive empire has left its own indelible traces on Puglia. Perhaps the most distinctive of these are the kasbah-like quarters found in many Puglian towns and cities and the opulent Norman cathedrals and heavily fortified castles that dominate the landscape. 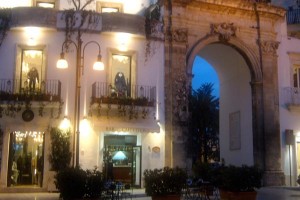 And then of course there’s the Baroque splendour of towns, such as Lecce and Martina Franca, which are evidence of the Spanish legacy. The Puglian response to all this outside attention was to construct masserie, thick-walled limestone farmhouses, to which the fishing folk and farmers could flee in times of trouble and now form the backbone of Puglian country estates.

In short Puglia is a patchwork of influences and provides a fascinating glimpse into the past. The fact that it’s relatively off the beaten track and well off the typical tourist trail makes it all the more alluring for those wishing to discover the real face of Italy.

‘…Puglia is best-suited to those with a love of all things Italian. This is the place for long lunches, early evening passeggiate (strolls) and drinks watching the comings and goings of fishing boats. Italy’s heel, visitors will find, is still a long way from being well-trodden.’ Francisca Kellett, www.telegraph.co.uk